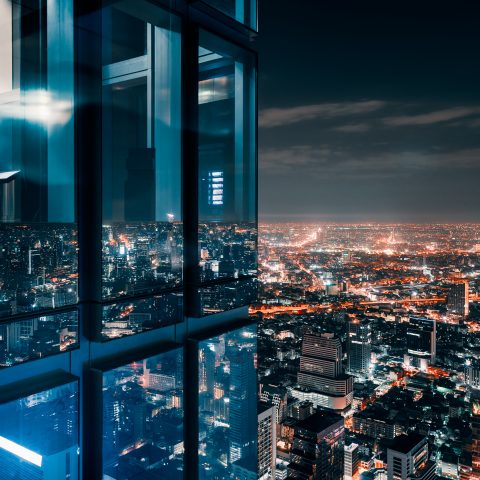 The Building Blocks of a Complete Electrical Protection Plan

While many engineers, electricians, and installers are familiar with grounding, earthing and bonding principles, it never hurts to review the basics. Increasingly, smart grid infrastructure, renewable energy sources and the need to provide data-driven devices are putting the focus back on effective electrical protection for our digital world.

From the ground up, minimizing the impact of electrical disturbances starts with education and the understanding that grounding, earthing and bonding are interdependent disciplines that serve as the foundation of a coordinated electrical protection plan.

In this post, we consider, what are the differences, and how do they impact a complete electrical protection system?

Grounding and Earthing are actually different terms for expressing the same concept. Ground or earth in a mains electrical wiring system is a conductor that provides a low impedance path to the earth, to prevent hazardous voltages from appearing on equipment. Earthing is more commonly used in Britain, European and most of the commonwealth countries standards (IEC, IS), while Grounding is the word used in North American standards (NEC, IEEE, ANSI, UL).

Bonding describes the permanent joining of metallic parts to form a conductive path that ensures electrical continuity to conduct any current that may be imposed on an electrical system. Connecting all exposed metal surfaces together, using conductors and connectors minimizes the risk of electric shock.

Grounding and bonding can be hard to understand—Mike Holt explains why to EC&M magazine.

Grounding/ earthing and bonding are the pillars of a complete electrical protection scheme. A sophisticated electronics and automation technologies emerge, a higher level of lightning and surge protection is required for efficient, reliable operations of electrical equipment. .

Traditional electromechanical and analog electrical apertures, can typically withstand large electrical impulses, whereas today’s digital devices are much more vulnerable of being damaged by rapid transient energy pulses. . Microprocessor-based equipment has proliferated in commercial infrastructure, industrial machinery and power grids coast to coast, making it crucial to consider the many transient sources that threaten to damage delicate instrumentation and disrupt service networks.

Transients can be the result of lightning- or switching-induced surges. And while the costs and consequences of an unexpected lightning strike can be severe, it is estimated that 70 to 85% of all transients are generated internally within facilities by the switching of electrical loads such as lights, motors. .

More than ever, protection from dangerous overvoltage’s is necessary as lightning can introduce large transients to power cables even when strikes occur miles away, while the operation of neighboring industries can often be enough to produce damaging surges. Generally, the cost of electrical protection should be approximately 10% of the cost of the facility’s economic risk.

That is why nVent ERICO developed the nVent ERICO Six Point Plan of Protection as a comprehensive strategy for implementing effective grounding/earthing, bonding, lightning and surge protection plan. By taking a holistic design approach, it becomes easier to eliminate unprotected areas where sites and structures are subject to unexpected voltage rises at service entry points. Lightning and surges are unpredictable, but a proactive approach to electrical protection can substantially lessen the risks of potential damage.

The Six Point Plan of Protection seeks to:

These mutually supporting steps add up to total electrical protection. All six steps should be considered when implementing the protective scheme.   For example, installing a surge protection device (SPD) on the power supply to a programmable logic controller (PLC) is of little value if the I/O lines are not also protected. Additionally, a facility’s air terminal may capture lightning energy but without a dependable grounding/earthing arrangement. The energy cannot be safely dissipated to ground/earth. Equally, even the best surge protection devices are poor performers, if a low impedance equipotential plane is not established.

Despite good grounding/earthing and bonding practices, surges and transients can still pose major problems. It takes a comprehensive electrical protection plan to ensure that costs do not spiral out of control when voltage spikes inevitably originate. Talking with a trusted adviser about strategies for coordinated lightning and surge protection is a great place to start.