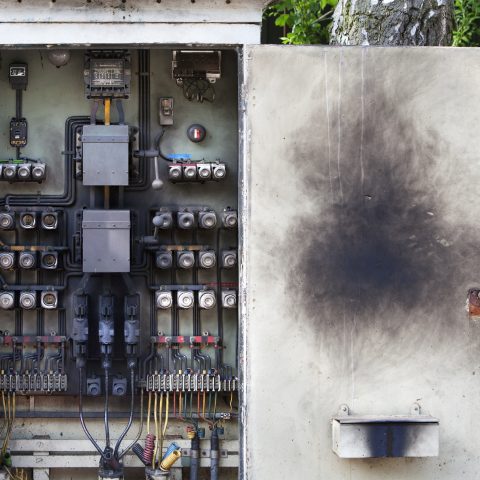 Surge protection is a fundamental requirement for safeguarding a facility against electrical events. Specifically, a surge protective device (SPD) is designed to limit transient voltages and divert surge currents to protect systems and equipment.

One phenomenon SPDs must account for is temporary over voltages (TOV). The way traditional devices handle TOV can result in fires and other safety hazards. They can also limit the life of the device, rendering it useless against future surges.

Find out how new technology enables SPDs to better safeguard facilities against transient events without creating safety hazards or wearing out the equipment prematurely.

A primary role of SPDs is to prevent overvoltages from damaging equipment. There are two types: one type that occurs quickly and can instantly harm equipment, and another that is common but rarely causes damage.

The first type is a transient voltage, which is a very large voltage with an extremely short duration impressed upon the normal supply. The three sharp angles shown in the diagram below represent transient voltages. Notice they extend far beyond the nominal supply.

Though brief, the high peak of one of these events is easily enough to damage sensitive electronic equipment. Lightning is one cause of these transients, but the vast majority of them actually originate from within a facility. 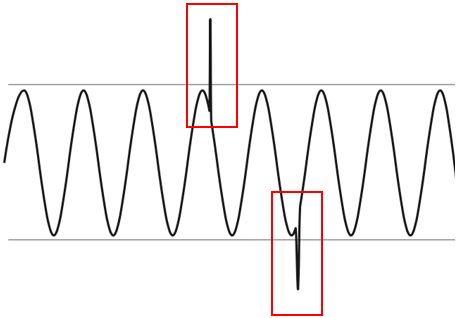 An overvoltage is when the power distribution system voltage increases above “normal” voltage for a longer period of time than a transient.

These TOVs can be separated into two types. Those that occur for relatively short time, such as that shown above, and these are sometimes known as swell event. These generally have little effect, and will return to normal without protective equipment intervention or operation. The second type of TOVs may last for extended duration or have an abnormally high magnitude. These are usually caused by faults in the power system (faults in the medium voltage network, or sometimes wiring problems at the site, such as the loss of a neutral). These can more immediately cause equipment to overheat and fail. Where SPDs are present, they need to be carefully designed to handle such an event.

A SPD needs to safely handle all TOVs without incurring damage that will inhibit future performance against surges.

To limit transient events, conventional SPD technologies utilize metal oxide varistors and/or silicon avalanche diodes to clamp or limit the voltage. For each wave that goes beyond the acceptable operating threshold (i.e. nominal clamping voltage), the device attempts to clamp and limit the surge.

The problem is that a TOV can last for multiple cycles, which is a long time in the life of a SPD. Consider in the U.S., where a typical supply is 110V at 60Hz. If the electricity being supplied exceeds the threshold, at a rate of 60Hz a traditional SPD clamps at the peak of each half cycle as the voltage goes beyond that threshold. Repeated clamping can cause the device to accumulate heat and, in turn, fail with the possibility of creating a fire hazard. Even if not outright failing, it can reduce an SPD’s long-term ability to perform. 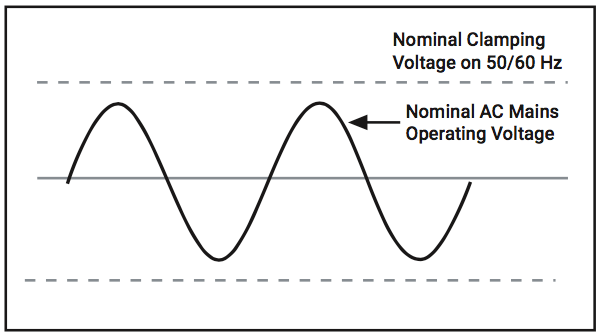 In the next diagram, the wavy dotted line represents a TOV. Unlike a true lightning surge—which is usually short and abrupt, the prolonged duration of the TOV means that the SPD continuously clamps, causing it to rapidly overheat. If not designed correctly, it becomes a potential safety hazard (e.g. fires). 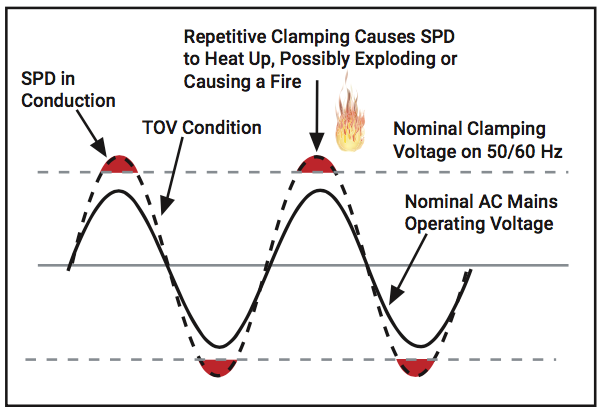 New technology adds a level of intelligence to the SPD when confronting surges, such as TOVs.

Specifically, nVent ERICO Transient Discriminating (TD) Technology discriminates between a sustained TOV and a true transient or surge event. The benefits are significant:

A fast transient, typically associated with lightning or load switching, is the dangerous surge event SPDs are made to protect. As the diagram below shows, when a sustained TOV event occurs, at best, the traditional technology SPD safely disconnects without causing a fire. At worst, it fails to disconnect, with the subsequent uncontrolled failure mode having the potential to cause damage to the facility.

Having disconnected, it is no longer present to clamp any subsequent surges, leaving the facility vulnerable to damage.

Unlike traditional SPDs, TD Technology extends the service life of SPDs by effectively having two clamping levels. The key is in the quick switch that detects the transient frequency, and only attempts to clamp genuine fast duration lightning or switching type surges. In the scenario shown, first a lightning surge is clamped swiftly by the SPD. During the same thunderstorm a power fault occurs causing a TOV. The TD Technology SPD detects this, and does not attempt to clamp. Some time after the TOV has passed, another lightning surge occurs. The SPD is, of course, still in the circuit and again swiftly acts to clamp that surge. And so, on and on, always able to tell the difference between the surges and TOVs, resulting in an exceptionally long life in the field.

As the diagram above shows, TD Technology effectively allows the SPD to have two clamping levels:

Discriminating between different types of “surge” events ensures that, regardless of the type of event, the SPD continues to perform and protect the critical equipment it protects.