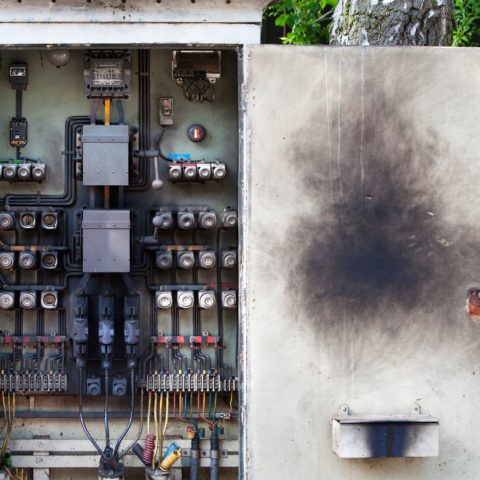 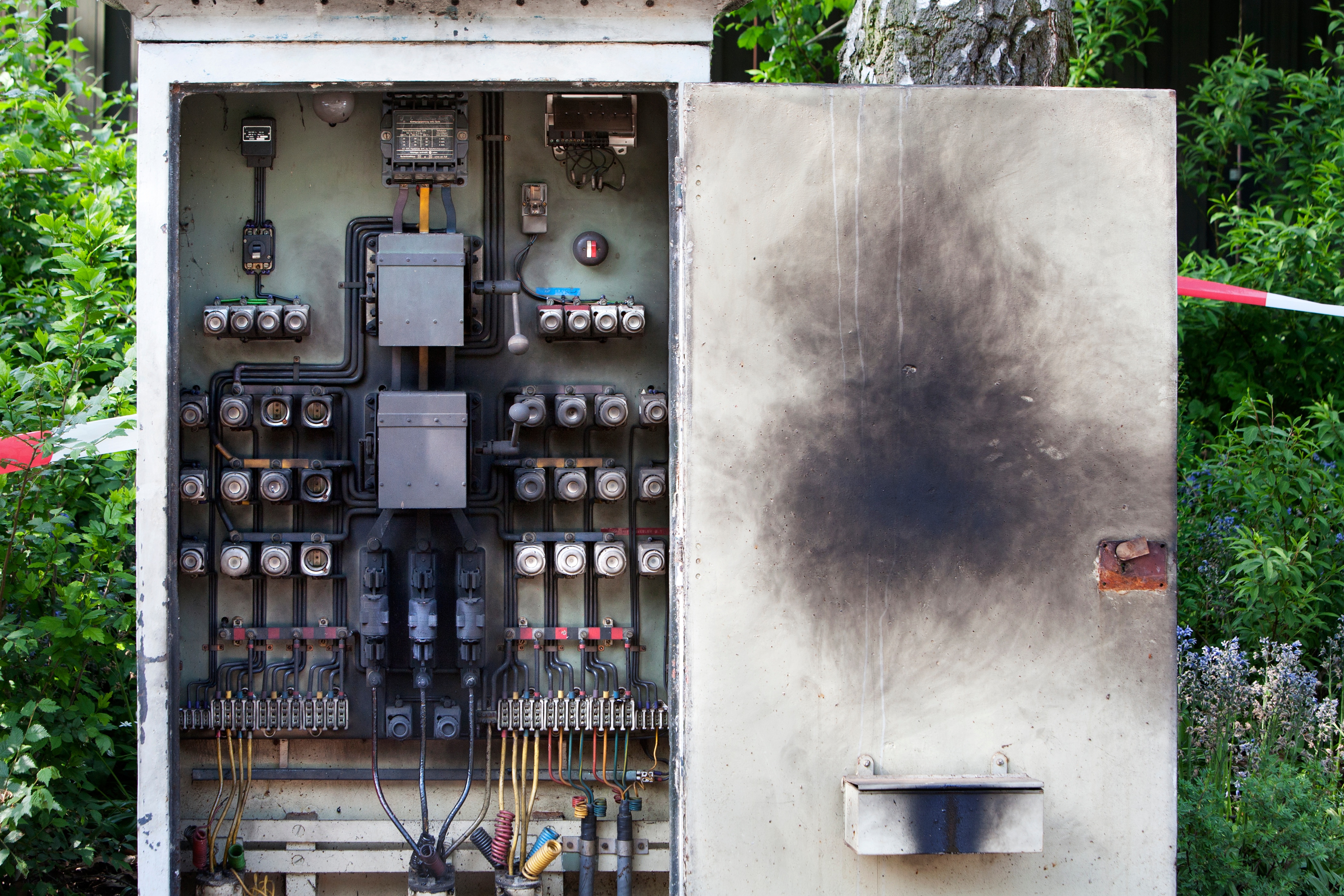 Grounding, bonding and lightning protection systems protect against electrical events that have potential for significant damage or downtime. These events are hopefully few and far between in the lifetime of a facility. However, lower energy transient events can occur more frequently that may go unnoticed, until one day a piece of electronic equipment stops working.

Significant damage can occur to the more robust systems as a result of lightning-induced surges resulting within a radius of several kilometers, or from repetitive switching-induced surges. Costs can range from degradation of electrical or electronic systems, to data loss and equipment destruction. Some of these costs can appear relatively minor, but the loss of an essential service or revenue associated with a facility or plant shut down can be enormous.

Reliable protection of structures, industrial and commercial operations demands a systematic and comprehensive approach to minimize the threats caused by transient voltages. Grounding, bonding, lightning protection and surge protection all need to be considered for comprehensive facility electrical protection. Each of these are interdependent disciplines that require a holistic design approach to ensure the facility is not left with a vulnerable “blind spot.” For example, installing a surge protective device (SPD) on the power supply to a programmable logic controller leaves the I/O lines unprotected. In addition, an air terminal on the facility may capture the lightning energy but without a dependable ground system, this energy cannot be safely dissipated. Equally, even the most premium SPDs perform better with a proper ground reference. These interdependent disciplines are best applied when looking at a total facility rather than at an individual piece of equipment or portion of the facility.

Although lightning is the most spectacular form of externally generated surges, it is only one source of surge events. Other sources include the switching of power circuits, operation of electrical equipment by neighboring facilities, switching of power factor capacitor banks, and switching and clearing of faults on power transmission and distribution lines. It is important to note that lightning does not need to directly strike a power line for such damage to occur; a strike several hundred meters away can induce large damaging transients, even to underground cables.

It is estimated that 65% of all transients are generated internally within one’s own facility by the switching of electrical loads such as pumps, welders, compressors, heating systems and motors.

In the IEC system, SPDs are tested to various Test Classes, intended to assess and assure their suitability for use in different locations and circumstances. Strictly speaking, the Class refers to the type of test, not to the SPD. However, in common usage, SPDs are referred to by their Class. For example, a Class I SPD is an SPD that has been tested to Class I requirements (of a specified severity), and so on.

The Test Classes are as follows: 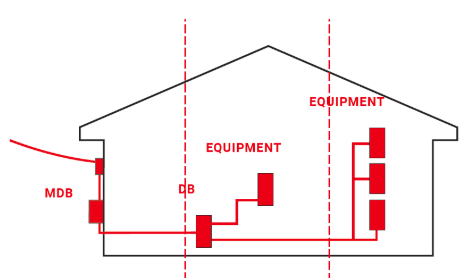 Class I – Tested with simulated partial conducted lightning current impulses. These SPDs would be used at points of high exposure, such as where the line close to the SPD might be directly struck by lightning, or at the point of entry to a building fitted with a direct strike Lightning Protection System (LPS).

Class II – Tested with shorter duration impulses. These SPDs would be installed where the surge currents are expected to be lower in magnitude. This could be at the main power entry point of a building in a non-exposed location (surrounded by taller buildings, for example), or at sub-panels within the building.

Class III – These SPDs would be installed at the equipment to be protected with Class I or Class II devices installed upstream. They are only expected to handle residual voltage surges and the associated small surge currents. Often, for convenience, Class II protectors are used at these locations as well.

Fitting SPDs at all three locations may not be necessary depending on the building size and wiring length. In larger buildings, spread over multiple floors or large areas, SPDs would usually be installed at the distribution panels, and additionally in front of sensitive or critical equipment.

SPDs are primarily rated according to how large a surge current magnitude they can handle, and how well they limit the voltage while conducting that surge current. These parameters are:

It is possible to test one SPD type at more than one Test Class. SPDs are marked and specified with the parameters they have been successfully tested to. 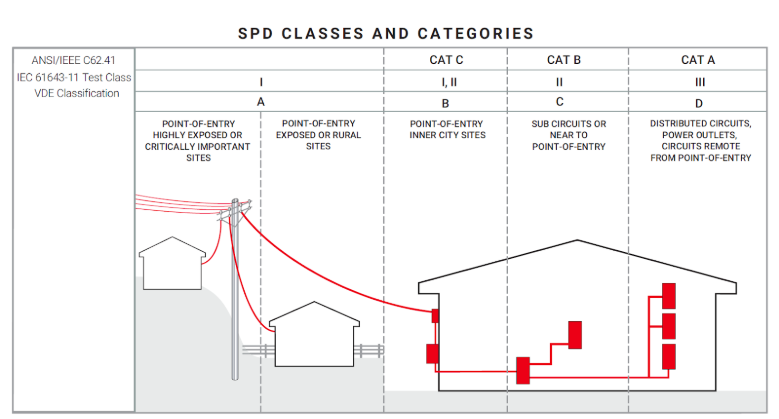 Stay Up on the Latest in Grounding, Bonding and More

Want to stay updated on the latest tip and best practices in facility electrical protection? Subscribe to our blog to receive the latest information straight to your inbox.