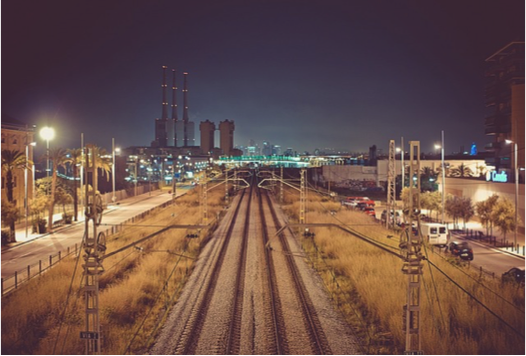 How to Prevent Railway Copper Theft: A Costly Epidemic

Copper is highly sought after due to its high market value and versatile applications. As a result, CNBC declared copper theft to be “an epidemic” in 2013. Copper theft again became a problem at the end of 2016 when copper prices rose by 20%.

From abandoned houses to new construction sites, many locations are hotspots for theft of copper wire, cable electronics and other products.

In addition to those sites, railways are particularly vulnerable to copper theft. From New York to San Francisco to Seattle, reports show thousands of pounds of railway copper have been stripped from rails in the middle of the night.

Read on to learn why railways are especially susceptible, what the true costs of stolen copper are, and how railway designers and engineers can prevent such costly problems.

Why Copper Theft Is Common on Railways

Copper is the global standard for electrical connectivity due to its high current carrying capacity compared to most materials. It is also utilized frequently because it won’t break or stretch easily, yet is malleable enough to provide the movement and form fitting attributes necessary in some applications.

Metal prices change over time, yet copper is regularly double and triple the value of aluminum and lead, respectively.

Even given its high price, the average house may only have $100 or $200 in copper. Railways, on the other hand, commonly use hefty railroad parts made of copper and are more often targeted by thieves.

The True Cost of Copper Theft for Railways

What costs do railways incur from copper theft?

First, copper theft puts railroad employees, passengers, trains and train cargo at risk, as the stolen parts can compromise the safety of the railways.

From a cost perspective, copper theft is more expensive for railways to repair than you might imagine.

The U.S. Department of Energy estimates that repairs after copper theft can cost more than 10 times the copper’s initial cost of installation. Consider the product replacement cost, resulting downtime, additional labor expenses and other corresponding costs that make it so costly to repair.

For example, the Sound Transit in Seattle, WA faced total replacement costs of $1.3 million due to 4.3 miles of copper theft in 2011.

One thing is clear: railways can save a lot of money if they stop copper theft in its tracks.

How To Safeguard Your Railways from Copper Theft

To help safeguard your railway, products and investment, several precautionary steps may be taken to help ward off thieves.

That solution is ERICO® CU-BOND Composite Cables. These cables function as copper conductors, but appear to be free of copper and are difficult to cut and steal. These conductors are ideal for exposed electrical distribution grounding leads where copper theft may occur. Theft deterrent conductors offer a solution to safeguard your facility’s copper infrastructure. In addition, the conductors are compatible with ERICO® CADWELD® PLUS welded electrical connections.

To learn more about the risk copper theft poses and the best prevention methods for railways, download our free whitepaper, Combatting Copper Theft.