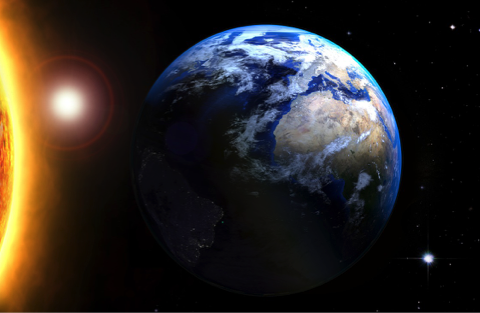 How Climate Change is Increasing Lightning & Ways to Protect Your Facility

For years, climate change has been a hot topic for everyone from scientists to economists. As more data is collected on a warming climate, we begin to see dangerous changes in our earth like:

One implication caused by climate change that is just beginning to grab attention is increased lightning strikes. Scientific-backed studies released in recent years, including one published in Scientific American, found that lightning strikes are predicted to increase by at least 12% for every one degree Celsius in temperature rise.

What Does Increased Lightning Mean for My Facility and Safety?

According to CBS News, lightning strikes accounted for 27 deaths in 2015 with the summer months accounting for the majority of these fatalities. For safety purposes, agencies like the National Weather Service urge citizens to practice lightning safety preparedness like staying indoors and avoiding electronics during a storm.

In addition to human safety from lightning strikes, engineers must also consider facility protection to safeguard company investments, such as building structures and valuable electronic equipment. Death or injury is the most extreme danger associated with lightning. This natural phenomenon causes many other issues, including:

With climate change and increased lightning likelihood in mind, engineers must strive to protect their facility from lightning risks. Read below to learn how you can protect your facility from the risks associated with lightning strikes.

It’s recommended that engineers take an integrated approach to lightning protection to ensure maximum results. With this in mind, nVent created the ERICO Six-Point Plan of Protection for facilities. The six steps include:

Following the steps above when installing a lightning protection system will protect your facility now and in the future.

And, while conventional lightning protection methods certainly prove efficient, did you know there are other viable methods that provide full facility protection? As climate continues to change, download our report “Interception Efficiency of CVM-based Lightning Protection Systems” to learn how you can achieve optimum lightning protection for your facility.