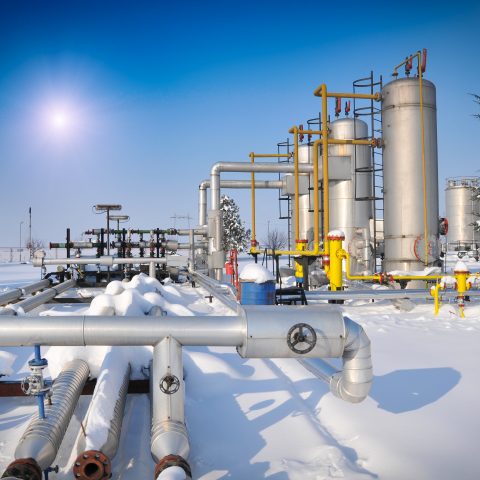 The Case for Heat Tracing for Freeze Protection

Certainly, there were many people in Texas and other southern areas of the United States wondering about how to prevent damage to water lines, frozen natural gas pipelines, iced wind turbines, and more in the aftermath of this unusual weather.

Let’s look at how heat tracing could have aided in this unprecedented winter storm.

The prevalence of extremely cold weather would seem to be in opposition to the ongoing warming of our global climate.

Odd weather events aside, many of us would agree that winters are tracking milder. In a few months, many will shrug off the winter of 2021 as a one-off. After all, ski seasons seem to be getting shorter and the polar ice caps are shrinking; so why worry about preparing for rare winter weather events?

“The why” is counter-intuitive but it’s easy to understand when you consider how the cold weather of February 2021 came to pass and why it’s likely to happen with increasing regularity.

What is a Polar Vortex?

The term “polar vortex” has been in the news with regularity in recent winters, but it is not a new phenomenon.

This term describes a rotating mass of cold air that is contained over the poles by the jet stream. When the jet stream is strong, its circular in shape and contains the chilly air above the poles. This state is sometimes described as a stable polar vortex.

Warm air – made more likely by a warming climate – can weaken the jet stream, giving rise to a “wavy”, “wrecked”, or “broken” polar vortex. This is the phenomenon that allows cold artic air to push southward into North America, Europe, and Asia, causing very cold weather in areas that have typically mild winters.

How Can Heat Tracing for Freeze Protection Help?

Now that we understand how a warming climate can make extremely cold weather more likely to occur, let’s talk about how we combat these problems.

The time to start preparing for the next extreme winter weather event is now. If you haven’t conducted a maintenance, repair and operations inspecting at your facility, you may be at risk when winter weather strikes next.

Learn more about how nVent RAYCHEM products can help any building type in our FREE eBook.