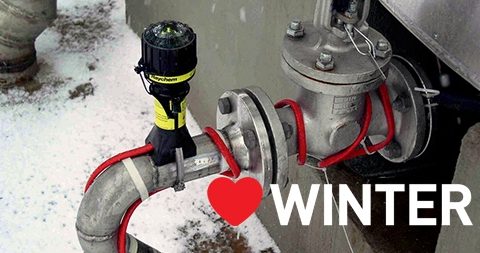 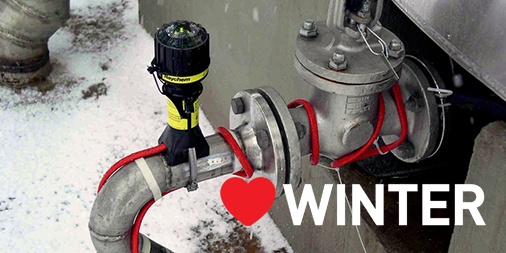 Deciding which method of heat tracing is best for your application is a tough decision that involves many factors. Cost, effectiveness, environment and more are all different factors to consider when making the decision. Typically, it comes down to one of two forms of heat tracing: steam or electric heat tracing. While steam tracing has historically been a more common form of heat tracing, advances in modern technology have made electric a desirable route to go as well.

What is Steam Tracing?

Steam tracing has traditionally been the more widely used form of pipeline heating. Used for freeze protection and process heating, steam tracing is able to provide almost unlimited heat to the piping system. The method of steam tracing revolves around its ability to condense and cool as it flows through a tube. This causes a temperature drop that limits the temperature uniformity and length of the steam-tracing circuit.

This high heat input method is an advantage because thermal insulation systems on pipelines were often left for years without maintenance. When energy costs were insignificant, this was an acceptable method of operation. Because steam is a constant temperature source, any non-flowing pipeline is elevated to the temperature of the steam-tracing circuit over a period of time. On flowing pipelines, the steam will continually transfer energy to the fluid at a higher rate because the temperature differential between the steam and the fluid essentially stays the same.

What are the Benefits of Electric Heat Tracing?

On the other hand, electric heat tracing also provides pipe freeze protection and temperature maintenance abilities while offering greater control. Electric heat tracing technology is essentially a heat management system with its ability to monitor and control heating processes. Electric heat tracing can include a wide variety of control and monitoring products, from simple mechanical thermostats and signal lights to sophisticated multi-circuit digital controllers. These control products vary the output of the heating source to keep pipes from freezing or to maintain process piping at elevated temperatures.

From a maintenance perspective, Electric heat tracing Systems can be based on data gathered from control and monitoring technology incorporated into the design of the system itself. Maintenance is also safer as personnel are able to keep systems running at peak performance while avoiding possibilities of burns or exposed circuits. Electric heat tracing systems are intrinsically safe. While steam tracing is a proven method for pipeline and process heating, the advanced technology of electric heat tracing offers greater capabilities in the modern world with its ability to effectively provide temperature maintenance in a safer and easier system overall.