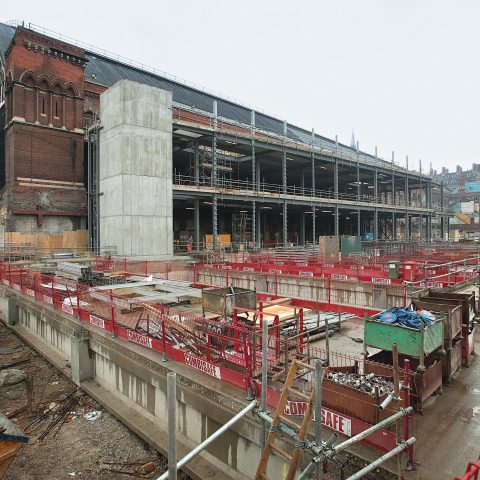 The Channel Tunnel Rail Link (CTRL) Project was the first major new railway in the United Kingdom in more than 100 years. The high-speed rail line cuts travel time from London to the Channel Tunnel in half and significantly reduces travel time to Paris and Brussels. The complete line is 109 km long and cost an estimated £5.2 billion (inflation adjusted). Work on Section 2 of the CTRL Project began in mid-2001 and concluded in 2007. The work includes the St. Pancras Station and St. Pancras Chambers.

Bachy Soletanche Limited, the piling contractor, installed more than 2,000 piles on the job, purported to be one of Britain’s most complex foundation contracts. The piling contractor is part of the joint venture contractor CORBER, which includes Costain, O’Rourke, Bachy Soletanche and Emcor Rail. The Thameslink Station Box is also part of Section 2. Work was completed on the box in June 2005. The Thameslink line is part of the underground rail network providing service throughout London and southeast England. The Thameslink Box project had to be completed before the St. Pancras Station could be finished. 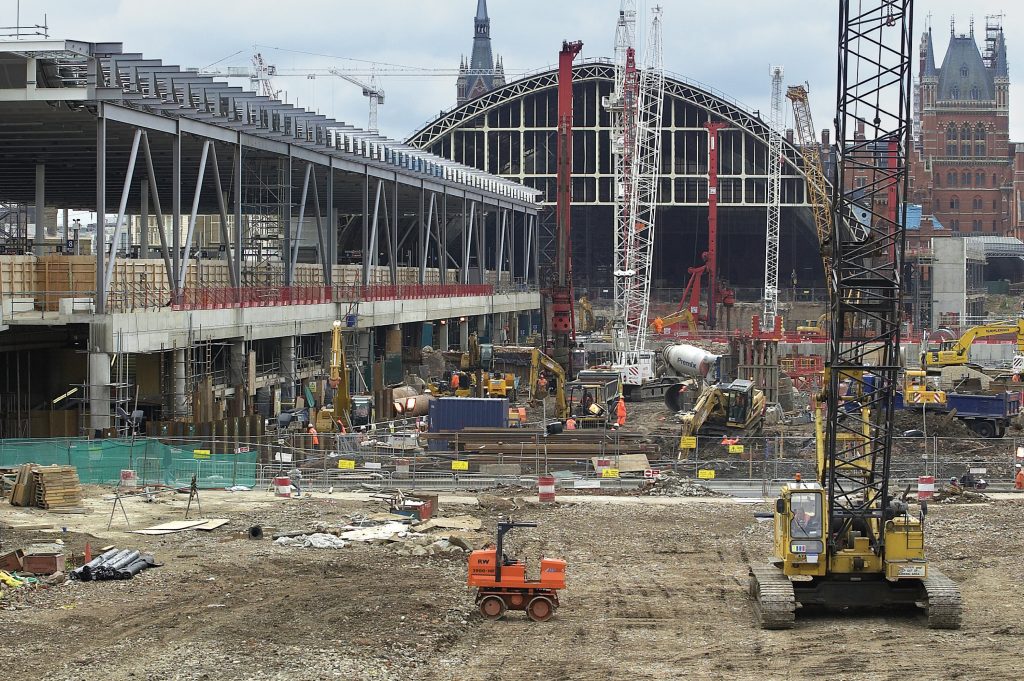 View looking toward the St. Pancras Station shows work on the Thameslink Box and half the deck extension.

To minimize the amount of time the Thameslink Box was closed, Bachy Soletanche put in as many piles as they could before the box closed. Large diameter cast-in-place piles with high reinforcement densities formed the sidewalls of the new Thameslink Box. The walls were both secant and contiguous and piles were typically 1,200 mm to 1,800 mm in diameter and 30 m deep. As a consequence of the high reinforcement densities (up to 400 kg/m3) on a number of the large diameter tension piles, the Engineer specified that couplers should replace tension laps on T40 and T50 bars. For this reason, Bachy Soletanche used 5,000 nVent LENTON P13 positional couplers in the piling operations. P13 couplers splice the bars where the ongoing bar is restricted in its axial movement and adjustability of the coupler is required. 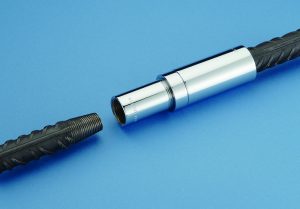 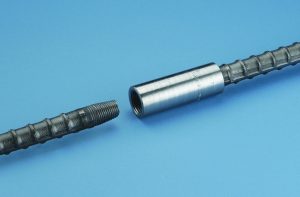 There were typically 100 couplers in each of the piles. Pile cages were prefabricated and supplied to the site in a maximum of 14.0 m lengths due to craneage, transportation and site logistic restrictions. When the cage sections arrived on site, each cage element already had one end of the coupler installed. A full pile cage was then completed by splicing the three separate elements vertically over the pile bore, prior to concreting.

Each element was very rigid when tack welded. This was one of the factors that prompted the use of a tapered thread. Due to the critical nature of the relative bar spacings within the three cage elements, they were also fabricated in one length and then dismantled for transportation purposes. 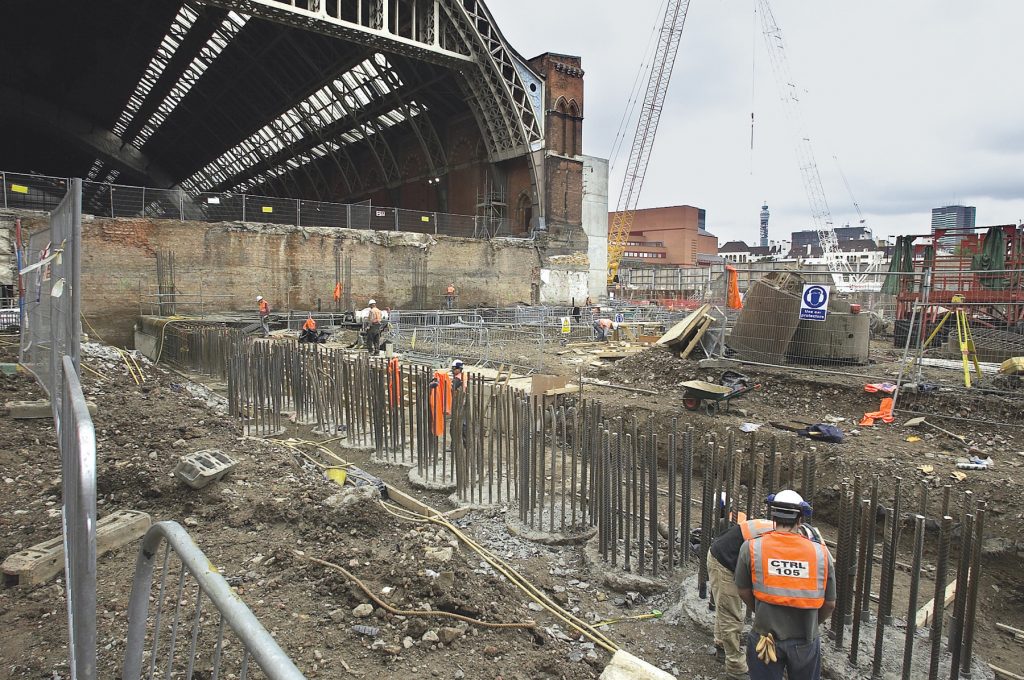 Piling work being completed outside of St. Pancras Station.

According to Bachy Soletanche, the nVent LENTON threaded couplers were versatile and – compared to other bolted couplers – quicker to use and much easier to handle. The piling operations also incorporated a number of reducer couplers (40 to 50 mm and 32 to 50 mm), which were specially made to specifications and delivered within 14 days of order. P13 reducer couplers splice different diameter bars together when neither bar can be rotated.

In addition to the P13 couplers, CORBER used P14, R11, D14, and A12 nVent LENTON taper-threaded mechanical couplers that meet the requirements of BS8110 and are CARES approved. The different types of couplers are being used in pile cages, beam, column applications and roof-slab connections. Now completed, the Channel Tunnel Rail Link Project improves travel throughout England and to Paris and Brussels.

Ready to talk with a sales team member? Contact us today!