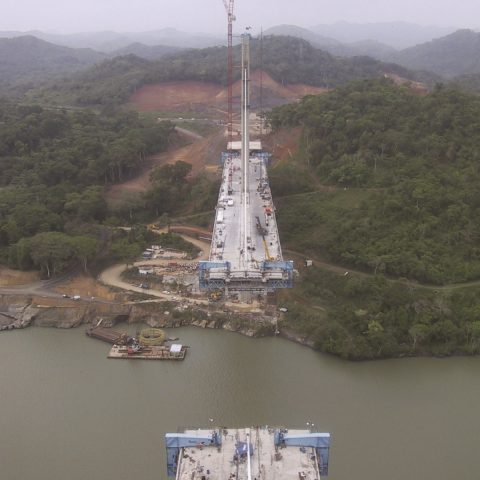 Completed in 2004, the Puente Centenario (Centennial Bridge) is the longest cable-stay bridge in Latin America. Stretching 1,050 meters across the Panama Canal, the new bridge relieves congestion on the existing Puente de las Americas (Bridge of the Americas). When it opened in 1962, the Bridge of the Americas was handling 9,500 cars per day and was the only crossing point of the Panama Canal. By 2004, the overcrowded bridge was still the only crossing point and was handling 35,000 cars per day.

At 1,050 meters, the Puente Centenario is the longest cable-stay bridge in Latin America. nVent LENTON couplers provided time savings and cost efficiencies to the project.

To alleviate the congestion on the Bridge of the Americas, a second crossing point was proposed. The Panamanian government awarded the $120 million contract for the Puente Centenario in March 2002 with a goal of completing the bridge in just 29 months. The Ministerio de Obras Públicas, Panamá selected Bilfinger Berger AG (Germany) as the principal contractor on the Segundo Puente Sobre el Canal de Panamá project, now named Puente Centenario. 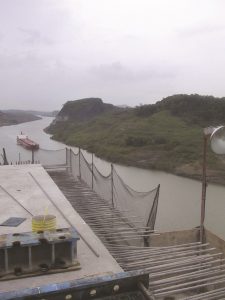 nVent LENTON couplers are designed for use on worldwide standard grades of rebar. The majority of the couplers were used in the Tower-Deck transition.

The nVent LENTON mechanical rebar couplers used on the project quickly and easily connect two pieces of rebar. The couplers use the time-tested, field-proven taper thread for assurance of
strength, consistency and reliability while simplifying installation and saving time.

The majority of the couplers were used in the Tower-Deck transition to connect the tower to the pier. The couplers were considerably more cost effective and time saving than welding the bars together. “You must compare the time to weld approximately 500 bars ranging from 18 mm to 32 mm or simply screwing a bar onto a coupler,” Stathis said. “In addition to this, you must take into account the testing requirements,” he continues. “Getting each and every welded bar tested by ultrasonic equipment is expensive.”

nVent LENTON splices are designed for use on worldwide standard grades of rebar and many international standards. No “special” high strength, enlarged thread section or increased rebar size is necessary, thus allowing the supply of rebar from multiple sources for maximum cost savings. These splices are the slimmest couplers available today and their innovative taperthreaded design makes them one of the most reliable systems on the market. The nVent LENTON taper-threaded splice is a widely used mechanical splicing system worldwide.