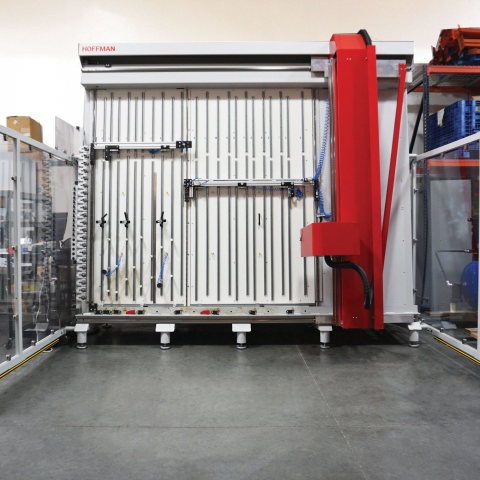 “With the nVent HOFFMAN ModCenter 293, we are turning product around in a shorter time period and are able to target and take on more projects than ever.”

Control panels assist in the operation of essential systems across the globe. From maintenance system controls for city workers to operational controls in manufacturing to panels for theme park rides and aerospace applications, control panels are all around us in many forms.

Building control panels is complex because they are highly customized to fit different situations. Control panels require custom-cut enclosures that house electronics and provide access to buttons and switches, as well as electronic automation equipment that meets the needs of a variety of users.

South Coast Controls was started in 1986 as a small panel shop, but has since expanded to a business of 52 employees. The family-owned company builds thousands of enclosures per year for its customers across many industries—everything from petroleum to pharmaceuticals to entertainment.

South Coast Controls’ business has grown rapidly in the last few years. As its order volume grew, the company found it was using three or more employees to tap and drill custom enclosure holes. That work—no matter how skilled workers are at it—is a difficult, lengthy and time-consuming task. Because of the high degree of precision required to drill perfect holes for panel work, even the most skilled workers are not 100-percent accurate in lining up, sizing and cutting panels by hand.

Additionally, as South Coast Controls grew, it needed more people to perform the technical work of assembling the automation equipment inside control panels. It simply was not the best use of time and resources to have employees customizing enclosures manually. It was clear this type of manual labor could not keep up with the company’s increasing customer demands.

South Coast Controls needed a solution to help it meet customers’ demands for enclosure modification, reduce the margin for error and maximize efficiency. At first, the company tried to solve the problem with temporary workers and by cross-training employees. However, that was not as efficient or cost-effective as what South Coast Controls was aiming for, and ultimately they turned to automated panel-cutting.

An nVent HOFFMAN distributor put South Coast Controls in touch with an nVent representative who listened to the company’s challenges and goals and recommended the nVent HOFFMAN ModCenter 293.

The ModCenter automates the process of cutting custom holes in enclosures. South Coast Controls decided to invest in the machine for its best-in-class cutting speeds and ability to cut faster and deeper than many of the other machines on the market.

The ModCenter has made every part of the enclosure customization process easier and faster for South Coast Controls. It has, on average, reduced set-up time by 75 percent and cutting time by 91.5 percent. South Coast Controls was also able to make better use of employees’ time. Instead of three people cutting enclosures by hand, now one employee runs the ModCenter while the two others support other parts of the production process. 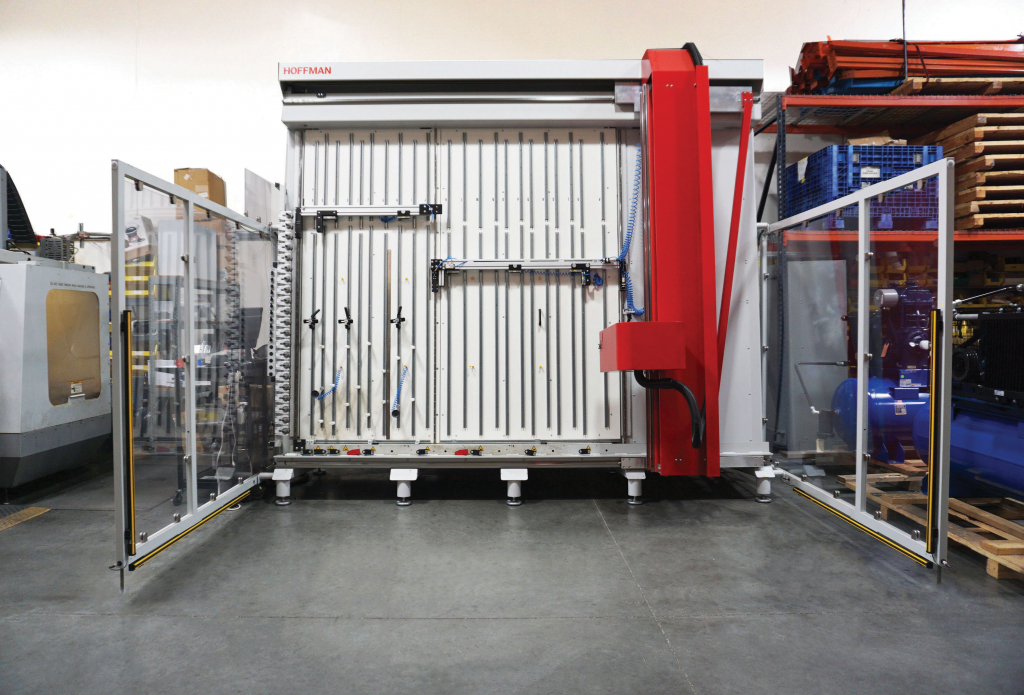 “I used to give our quality an A-rating when it came to modified enclosures,” said South Coast Controls CEO Harry Ellis. “But now that we have the ModCenter, our previous rating was probably a low B compared to the level of quality we now offer, and we’re doing it exponentially faster.”

Previously, human error created waste in the assembly process. After adopting the ModCenter, South Coast Controls designed a tool for the machine that draws where holes will be cut onto enclosures so the team can double-check placement before making cuts. With the accuracy of the machine itself, plus this additional step, the company has nearly eliminated errors in enclosures cutting and drastically reduced time and material waste.

In addition to helping them bolster their existing operation, the ModCenter has opened avenues to new business for South Coast Controls.

“At times, we would have to pass up projects because we simply lacked the capacity to take on those projects,” said Ellis. “Now with the nVent HOFFMAN ModCenter 293, we are turning product around in a shorter time period and are able to target and take on more projects than ever, which has also allowed us to penetrate additional markets.”

The increased capacity for taking on control panel projects has helped South Coast Controls win many new projects for a variety of industries including medical, pharmaceutical, water treatment and wastewater, food and beverage, chemical, theme park entertainment, aerospace, oil and gas and much more. South Coast Controls expected that the machine would pay for itself within two years, but it has done so in nearly half that time.

South Coast Controls can rely on the ModCenter 293 to take on difficult and dangerous tasks and produce high-quality results. When asked what is next for the company, Ellis said “We hope to purchase an additional ModCenter in the near future.”