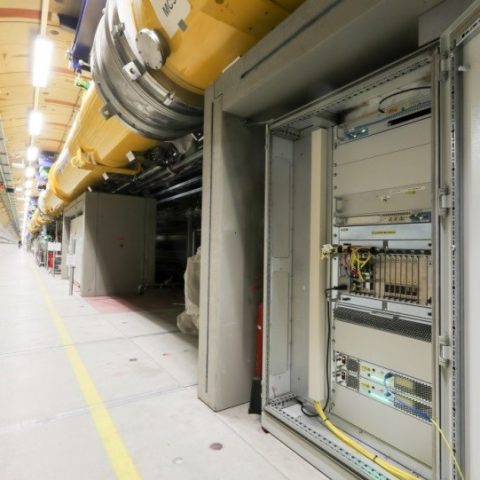 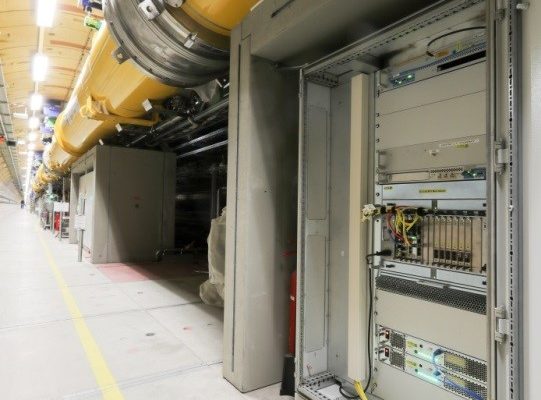 “The stuff we got from nVent is simply working. I cannot remember a single crate failing in the facility.”

Hundreds of scientists at Deutsches Elektronen-Synchrotron (DESY), one of the leading accelerator centers in Germany, are pioneering new technologies that help humanity answer urgent questions of chemistry, physics and medicine.

DESY designs, builds and operates particle accelerators in collaboration with research groups across the globe. Particle accelerators are some of the most important tools in modern scientific research. While there are different kinds of particle accelerators, most use electromagnetic fields to accelerate charged particles to high speeds and channel those particles into a beam that can be used for experiments in a wide range of scientific fields. Previous projects with DESY involvement have led to the mapping of the structure of the influenza virus, increases in the life span of lightbulb filaments, as well as the recent detection of gamma-ray heartbeats coming from a cosmic gas cloud. Additionally, several important scientific advances in our understanding of the smallest known units of matter have been achieved with accelerators or detectors designed and built by DESY.

One of DESY’s largest and most important projects is the European X-Ray Free-Electron Laser Facility, the European XFEL. The European XFEL is an accelerator that generates the world’s strongest and brightest X-ray. Inside a 3.4 kilometer-long tunnel stretching from a DESY facility to a research lab in the neighboring town of Schenefeld, a system of magnets and vacuums accelerates electrons almost to the speed of light to create intense X-ray laser flashes. Those flashes can create images of atomic processes taking place in a fraction of a second. They can display the atomic structure of viruses, film chemical reactions and show the materials that make up the interior of planets. The facility is relatively new, but already scientists in medicine, chemistry, physics, materials science, nanotechnology, electrical energy technology and electronics are putting the machine to use.

What Is A Particle Accelerator? Scientists rely on particle accelerators for important research in many fields, but specifically for work that investigates the structure of matter. Particle accelerators work by using electromagnetic fields that are switched from positive to negative and back again to propel charged particles through a pipe. As the particle moves through the machine, its energy level increases. When particles reach a desired energy level, a target is placed in their path, and the resulting interaction is measured. In the case of the European XFEL, charged electrons are run through a curved “slalom course” of magnets, emitting radiation that is channeled into X-ray flashes.

An Environment of Precision

Keeping any machine operational at all times is a challenge, but DESY’s job is made even more difficult by the complicated nature of the European XFEL accelerator. The system of computers and electronics that run the accelerator must work constantly at peak efficiency and with precise timing. Timing systems are especially important because of the massive amount of data that these machines collect—timestamps down to a fraction of a second on each data point are critical in organizing experiment results. 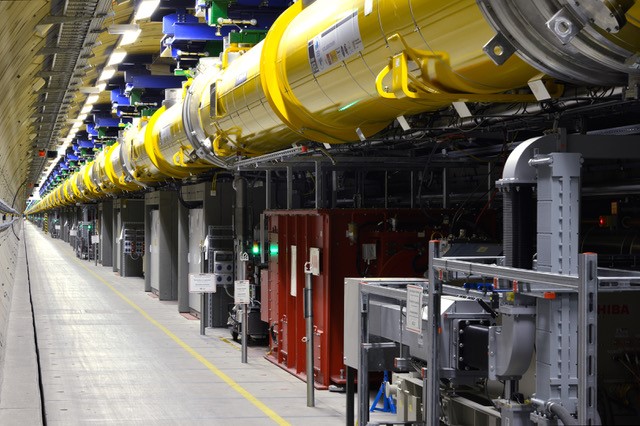 Many types of electronic components with distinct specifications must communicate with one another in real time to synchronize complicated data signals. Accelerator parts are sensitive, so differences in temperature between disparate components or interference from radiation can throw a wrench in the finely-tuned system.

Enclosures are important components of any accelerator system because they are used to hold boards which house essential electronics. These boards are similar to desktop computer motherboards. In addition to housing the boards, the enclosures maintain data connections between each board, and between the boards and the entire European XFEL system. One of the essential aspects of building the European XFEL was choosing an enclosures standard. Enclosures standards are rules that specify certain shared characteristics for all enclosures built using that standard, regardless of company or manufacturer. This makes it easier for customers to know that they are buying enclosures that have needed features and attributes built in.

For the European XFEL, DESY wanted to use a standard they hadn’t used before called microTCA. microTCA’s fast and reliable data transfer ability, redundancy of essential parts and remote management capabilities made it a great fit for the European XFEL. There were also some things missing: the ability to house boards in both the front and the back of the enclosure and some timing and synchronization functions essential to the operation of precise machines like the European XFEL. DESY needed a new kind of solution.

Collaborating with several groups of researchers and engineers from multiple international organizations, DESY and the nVent SCHROFF engineering team developed the specifications for a new standard: MTCA.4. The new standard addressed the deficiencies of previous microTCA models while maintaining the characteristics that made microTCA such an attractive option in the first place. With the new standard in hand, nVent manufactured 250 MTCA.4 crates (enclosures) for DESY and the European XFEL. With nVent’s help, DESY became the first group in the world to implement the microTCA standard in an accelerator project.

Spreading the Word: DESY and nVent are working in close partnership to continue promoting microTCA as a solution for other accelerator projects. MTCA.4 has been such a good fit for DESY that they are providing training and promoting it to other physics and big science groups. nVent has provided samples for these demonstrations and both parties are hoping that microTCA can become the new normal for future accelerator projects.

The MTCA.4 crates maximize uptime for the European XFEL, allowing important research to move forward without delay. Many of the essential pieces of the MTCA.4 are redundant, meaning that if one stops working, a replicate of the same part is already installed in the enclosure to take over. Additionally, the MTCA.4 has remote management capabilities. All functions inside the MTCA.4 are monitored from remote computers and many services can be done remotely, which makes it much easier for engineers to service the accelerator and update software without disrupting functionality.

The MTCA.4 crates housed in the European XFEL facility are also equipped with extremely fast data connections that allow data points to be read in real time, even though many operations within the machine take place in less than a billionth of a second. This allows for precise data capture when measuring extremely short reactions in experiments. 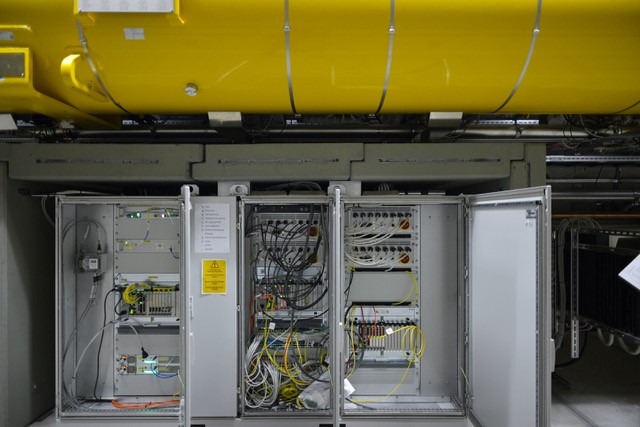 Additionally, the MTCA.4 crates provide good shielding against magnetic fields and excellent spot cooling performance. The inside of the accelerator tunnel is not an optimal environment for machinery. The beam gives off radiation and heat which could damage fragile computer components. This makes the nVent SCHROFF enclosures all the more important.

The European XFEL is an intricate machine and designing and building it was a complicated process. Defining a new enclosures standard and working to implement it in the European XFEL was a project years in the making, but the result is an accelerator that is performing at full strength.

“There were a number of challenges presented by the complex project, but through a great joint effort between nVent and DESY, everything has been running smoothly,” said Ralf Waldt, the nVent field application engineer who partnered with DESY on the project.

In projects like the European XFEL, delays in construction—sometimes lasting years—are common, as are issues with synchronization once the machine comes online. However, this has been a successful venture since day one of operation.

The nVent team is always ready to provide support to DESY should the need arise, ensuring that the accelerator can stay running at all times.

“The stuff we got from nVent is simply working,” said Rehlich. “I cannot remember a single crate failing in the facility.”

nVent SCHROFF solutions in the European XFEL have been reliable since the beginning of the project. They have held up under constant use, and provide the data transfer speed and reliability that this powerful free electron laser requires. With the European XFEL running smoothly and reliably, scientists are able to get the most out of their time at the facility, turning their complete attention to their important work: finding cures for diseases, inventing new technologies and furthering humanity’s understanding of our universe.