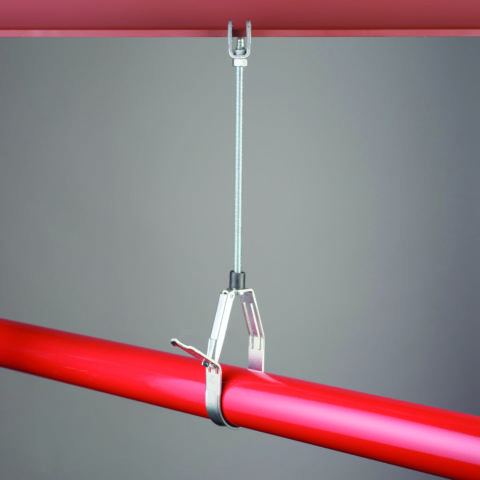 Traditionally, loop hangers have been commodity products that are mostly similar across manufacturers. Although they are low in material cost and sufficient at holding pipe, they can be very costly because of the long, tedious installation process. Most contractors typically install pipe by sliding each section through the hanger individually and then adding turns, sprinkler heads, and branch lines later. The whole process is timely and involves hours of dangerous overhead work.

The CADDY Drop-in Loop Hanger makes installation much simpler and quicker. Because the pipe assemblies do not need to slide through the hanger, large assemblies can be prefabricated on the ground and installed in one piece.

THREE FEATURES THAT CAN NOW BE PREFABRICATED: 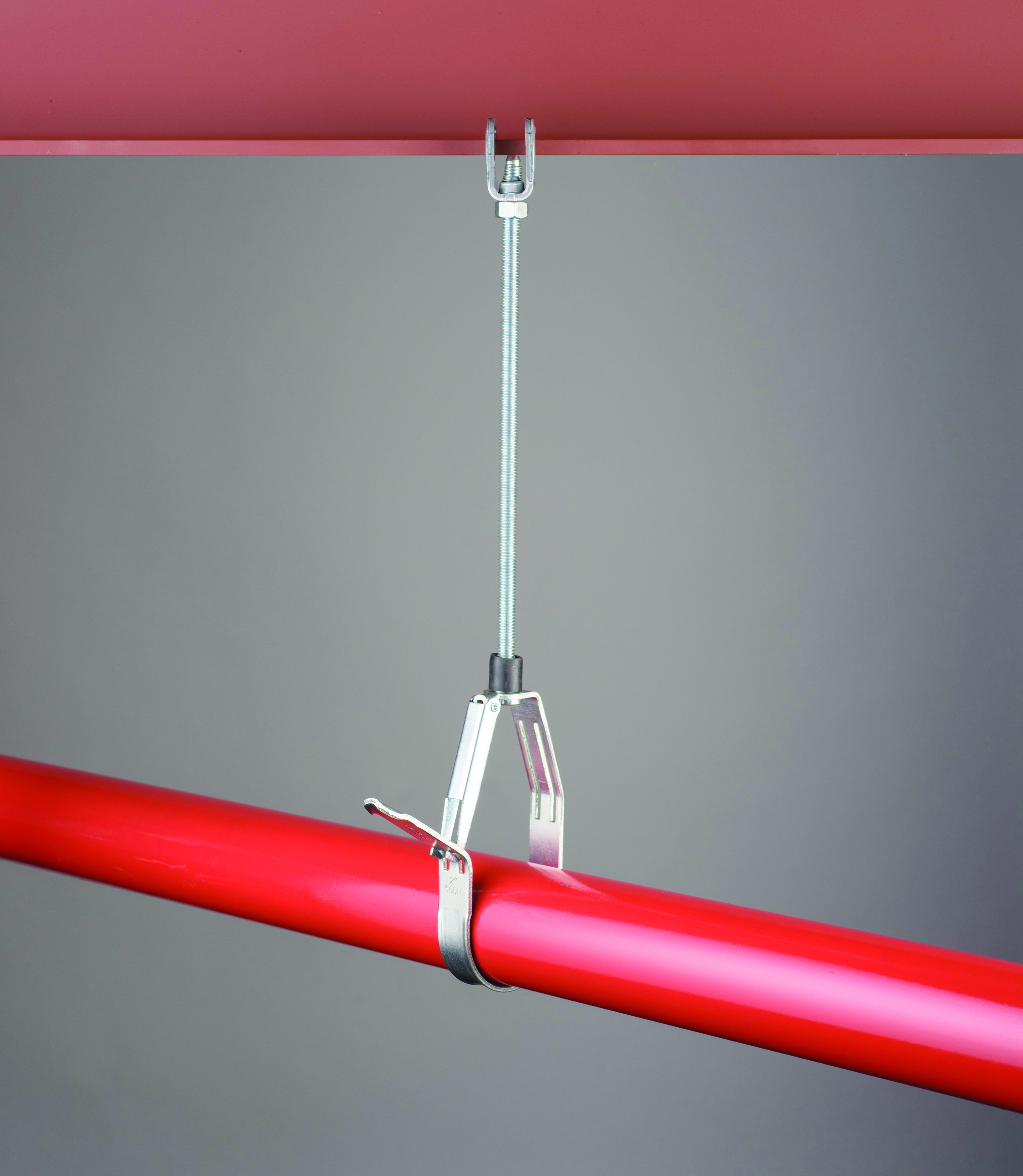 Previously, prefabrication with loop hangers was impossible. A properly sized loop hanger is the same diameter as the pipe that goes through it, making it difficult for installers to prefabricate any fittings or changes in direction.

However, the Drop-in Loop Hanger accommodates more than just straight runs of pipe. Because the entire assembly no longer has to fit through the hanger and the diameter of the hanger is larger, contractors are able to prefabricate features that were previously impossible, they include:

Fire sprinkler systems have several pipe turns. With traditional loop hangers, contractors had to install each pipe separately and attach them up in the air. With the Drop-in Loop Hanger, turns can be prefabricated and the installer can drop the whole assembly into place.

Sprinkler systems have numerous sprinkler heads. Even installing long runs of straight pipe can be difficult with traditional loop hangers, because every several feet there is another sprinkler head. Sprinkler heads are too large to slide through the pipe and have to be fabricated while suspended in the air. However, they can easily be prefabricated on the ground and installed with the Drop-in Loop Hanger.

Similar to turns, branch lines previously had to be assembled one pipe at a time in the air. When using the Drop-in Loop Hanger, complex networks of branch lines can be mapped out and installed on the ground and lifted into place.

The Drop-in Loop Hanger revolutionizes the installation of pipe. Learn more about the product by clicking below.